“The old dictum correlating power and responsibility is one that is much apt for the audiophile’s personal space as well.”
Anil George, editor – Feb ’20
Read Full Review

“The Audience team attacks this “preserve the integrity of the musical message at all costs” mantra with fanatical devotion.”
Maurice Jeffries – Feb ’20
Read Full Review

Best of 2019 Award
“Improvements to the sound were across the board”
Adam LaBarge, Dec ’19 Read Full Review 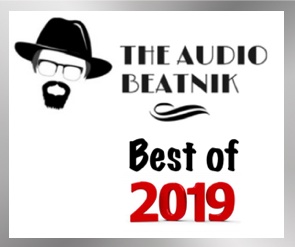 “The V8 is easily worth it, especially when my wife said, “You’re just mad that your speakers don’t sound as good without that thing.”
Adam LaBarge, Dec ’19
Read Full Review 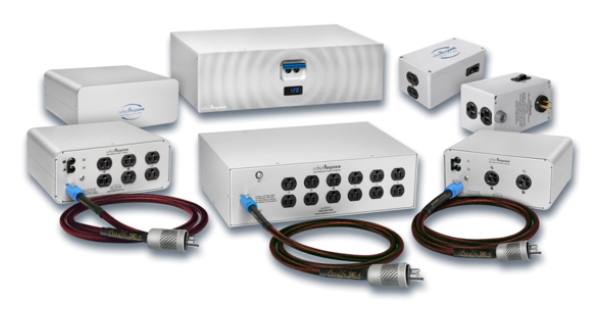 Audience is proud to formally announce the release of the NEW T3 and T4 adeptResponse power conditioners. The T3 and T4 replace existing TS and TSSOX models, respectfully, with significant enhancement to performance resulting from improvements in the design of Audience Aura-TR (previously Aura-TO) filter capacitors. The new Aura-TR capacitors are more resolute, more dynamic and provide a more distinct sound stage. Whereas the T3 is the new “standard” Teflon conditioner, the T4 is the top version that includes several more technologies for all out performance:

• In addition to the Aura-TR capacitors, the T4 includes new Audience Hidden Treasure duplex outlets and is treated throughout by a proprietary Ultra High Voltage Process. Singularly, each of these three new technologies provides a notable improvement. However, in combination, these three new technologies, achieve a truly stunning result. The Audience Hidden Treasure duplexes set a new benchmark in the world of AC outlets. The HT duplexes, compared to the previous rhodium/copper outlets, are more resolute yet smoother at the same time. They are more rich and analog sounding much like going from CD to LP. Selling as a standalone product at $199 each, we feel that the HT duplexes are the very best available AC outlets, bar none! 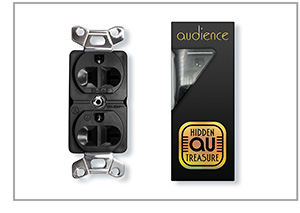 •  The entire circuit of the T4 is treated by an Audience proprietary Ultra High Voltage process. This treatment delivers voltages upwards of 1 million volts at specific pulse modulations, frequencies and amplitudes, in differing ratios, to individual, and all combined conductive constituents. This unique and special process creates predictable paths through the crystalline grain structure of the various metals, including connection points, and provides a continuity and integrity to the complete AC path. The audible result of the UHVP is one of improved resolution, dynamics, and more pristine sound stage.

Many years of evolutionary research and development, with great attention to detail, are hallmark signatures of all Audience adeptResponse power conditioners.

All units previous to the T3 and T4 can be retrofitted with the new HT duplexes and UHVP treatments for enthusiastic improvements.

If you do not already follow Audience on social media, we encourage you to sign up now to keep up with a lot of fun and informative related industry news: 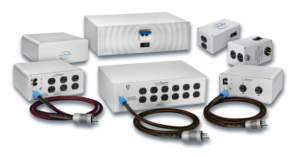