Following is the complete list of show reports on the Audience room from THE Show Las Vegas 2013.
For those of you who have long been waiting for the ONE loudspeakers – shipping will begin in about ten days. We also expect to start shipping the 1+1 mid May.

http://www.positive-feedback.com/Issue66/ces2013.htm
By far the most interesting new speaker I heard at this year’s event was the Audience ClairAudient 1+1 ($1800 per pair) standing on Target stands ($150/pr). Sourced by the Bryston BDP-1 player ($2195) and BDA-1 DAC ($1995), the rest of the electronics included the prototypical Audience Wavepower amplifier and Wavemaster preamp, neither with an announced price as yet. The hotel wall current was tamed by use of two (one on the front end components, another on the power amps) Audience Adept Response aR6-TSS power conditioner ($6000), and all cables were from Audience, the Au24 powerChords ($2200/6 ft.), the new Au24 SE RCA interconnects ($1290/meter) and the Au24 SE speaker cables ($1995/2meter). I have one of the new Au24-SEs in house, and the initial results are WONDERFUL. Watch this space for a review this spring. 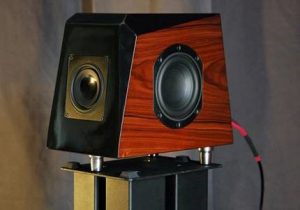 When I asked to give them a listen, the first thing Richard fired up for me was a Redbook FLAC file, “From the Beginning” from Emerson, Lake and Palmer’s 1972 release, Trilogy, on the Bryston BDP-1. I have to say that while I’ve heard this cut hundreds of times, this time it was revelatory! This system served up everything in a delicately layered, remarkably liquid, and compellingly involving manner. It’s amazing how much music you hear when you eschew the “evils” of crossovers! Well done, gents! Well done! 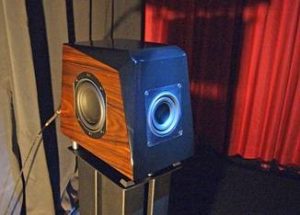 Over at T.H.E. Show, Audience were demoing the ClairAudient 1+1 bipolar speaker ($1800/pair), which uses two of the small full-range A3S drive-units developed by Roger Sheker, one on the front, one on the back, loaded with two passive radiators on the speaker’s sides. The sound was dynamic, with surprisingly extended low frequencies. 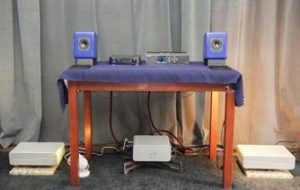 The less-expensive The ONE ($995/pair), which uses just one A3S driver, was being demmed very effectively as part of a desk-top system (above), driven by a $550 Teac amplifier and a $695 QLA media player. AC conditioning was, of course provided by Audience AdeptResponse units. 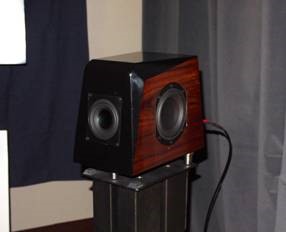 Audience ClairAudient 1+1 has no minuses

Audience AV has branched out — have you heard? The company, already very well known for their superb Au24 line of cables and capacitor-based power conditioners, have been not-so-quietly rolling out a line of loudspeakers.
With prices starting at $995/pair for the new The One single-driver loudspeakers (shown in blue, below) all the way up to the $72k/pair ClairAudient 16+16, Audience is entirely serious — and seriously kicking ass.
The basic design rotates around s small, but full-range driver. The One uses … one. The 1+1 uses … two. The 16+16 uses … 32. You get the picture. As you move up the line, sensitivity, total output and impedance all climb.
The new, final, look for the ClairAudient 1+1 is a front+rear setup, that is, there are two full-range drivers, setup as a bi-pole, and two passive radiators on the flanks, also setup as a bi-pole. The result? 360° sound. Which is precisely what I heard — a bewilderingly wide, deep sounds stage that had me convinced, for the first 10 seconds, that not only was I being punked but that, perhaps, everything was wired out of phase. It wasn’t, but man, that was freakin’ huge.

Moving to The One, the sound field was far more in line with what I expected, but I have to say that these little boxes have no right to make this kind of sound. Surprising, impactful, and compact. Completely unexpected — I’d love to get my hands on some. 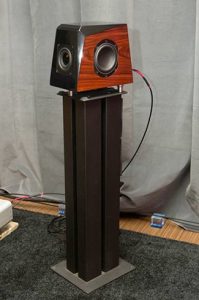 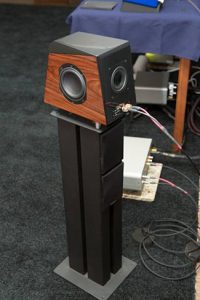 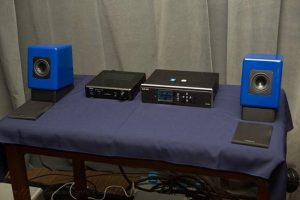 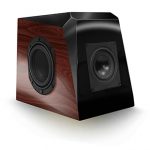 Audience will be be demonstrating the new ClairAudient 1+1 loudspeakers at THE Show in Las Vegas – January 8 – 11, at the Flamingo Hotel – room 4049. The 1+1 is a one way (crossover-less) dual driver/dual passive radiator design, both in bi-pole configuration. This awesome new design from Audience garnered two awards from The Absolute Sound from THE Show Newport in June 2012. The 1+1 is scheduled for production in about 60 days. 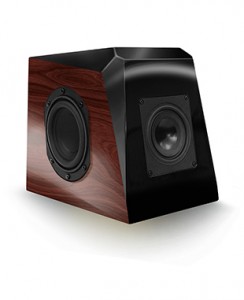 During THE Show Newport Beach, Audience displayed its MK II version of the ClairAudient 16+16 flagship loudspeakers and the ClairAudient 1+1. Below is the coverage from Neil Gader and Robert Harley, ‘the absolute sound’: 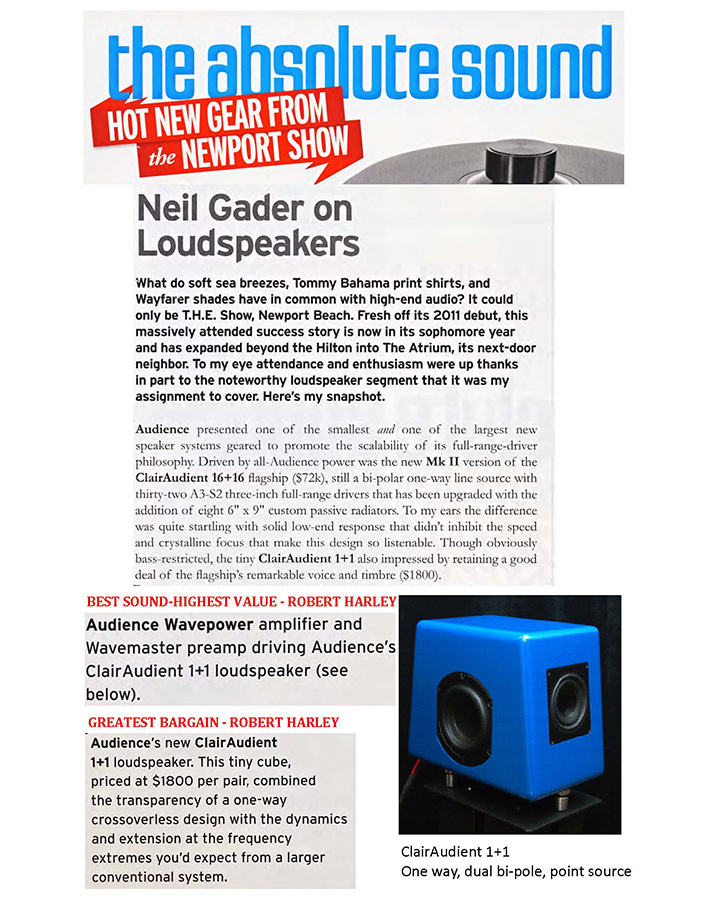 Audience presented one of the smallest and one of the largest new speaker systems geared to promote the scalability of its full-range-driver philosophy. Driven by all Audience power was the new Mk II version of the ClairAudient 16+16 flagship ($72k). It continues as a bi-polar, one-way line source with thirty-two A3-S2 three-inch full-range drivers but has been upgraded with the addition of eight 6” x 9” custom passive radiators. To my ears the difference was quite startling with solid low-end response that didn’t inhibit the speed and crystalline focus that makes this design so listenable. In comparison and obviously bass-restricted, the tiny ClairAudient 1+1 was captivating in how well it retains the flagship’s remarkable voice and timbre ($1800). 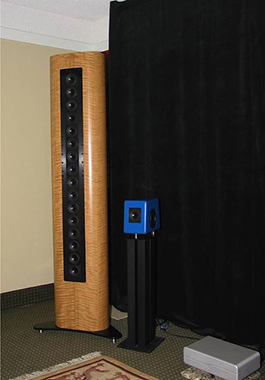 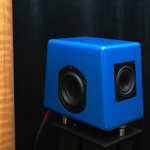 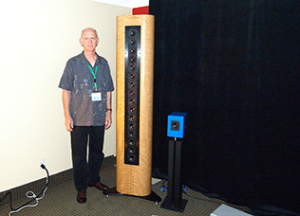 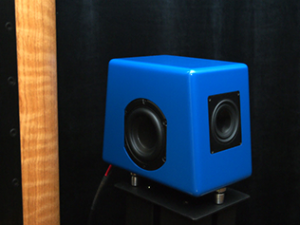 John McDonald’s Audience company has developed a range of speakers using a proprietary 3” cone driver to cover the complete audio range. The flagship Clairaudient 16+16 ($72,000/pair) made its debut at the Newport Beach Show. Each Clairaudient 16+16 uses 16 of the latest-generation drivers firing to the front and another 16 to the back, and is specified to be flat to 30Hz.

The speakers were driven by Audience’s prototype Wavepower 100W class-D monoblocks, the Audience Wavemaster preamplifier, a Manley Chinook phono preamplifier, Oppo and Bryston digital sources, and a modified Denon turntable with Audience tonearm wire and a Lyra Delos MC cartridge. Cables, of course, were all Audience Au24e, and AC conditioning was done with an Audience Adept Response aR6-TS ($6000). No subwoofer was used at the Show but Cyrus Chestnut’s piano on Revelation had weighty low frequencies and a natural tonality, with a big stable soundstage.

The small blue speaker in the photo is the Clairaudient 1+1 ($1800/pair), which uses just one drive-unit front and back, with passive radiators on each side, and sounded very much larger than looks would suggest.

San Marcos, CA, May 22, 2012 – At the upcoming 2012 T.H.E. Show: Newport in California (June 1 – 3), Audience will debut one of its most significant products ever, the new Mark II top of the line ClairAudient 16+16 loudspeaker. The 16+16 has been upgraded with the addition of eight 6 x 9-inch custom passive radiators, to create a historically unprecedented true full-range, one-way, bi-pole loudspeaker. Whereas previously the 16+16 was flat down to 80Hz and required the augmentation of a subwoofer, its response is now accurate from 30Hz to 22kHz. Read Full Story 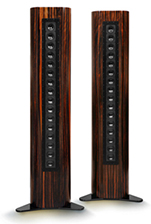 The ONE Loudspeaker from Audience
by Robert Harley – The Absolute Sound, Sept 2011/Issue 215

Two rooms stood out for good sound without an astronomical price tag. The first was the Nola Contender loudspeaker ($3400) driven by a PrimaLuna PA-1 integrated amplifier ($2995) as presented by Upscale Audio. The second system included The ONE loudspeaker from Audience, a tiny cube housing a single full-range driver. Everyone in the demo thought that the subwoofers in the corners were active, but the full bass was coming from the $995-per-pair ONEs. At the end of the demo, a showgoer began applauding.

“The Audience Clair Audient 2+2 mini-monitor system is nearly sui generis, as no bass augmentation is needed. Really. The 3-inch drivers boast a cone excursion of 12mm and the effect is uncanny–no subwoofer, yet extremely clean wide-range sound. But I have to tell you, this little pair goes for $5000. Still… And Audience has even larger systems employing the same remarkable driver that go for more, and go way louder. Phenomenal, almost unbelievable, from drivers this size.”

Stereophile Blogs Audience at THE Show Newport
Audience The One by Michael Lavorgna Posted June 7, 2011

“I got to hear both the Audience ClairAudient 2+2 loudspeaker ($5000/pair, reviewed in the July 2011 issue of Stereophile) and the diminutive ClairAudient THE ONE ($995/pair). Associated electronics and cables were also from Audience and included the Wavepower monoblocks ($14,000/pair), a class-D analog switching power amplifier that put out 200W into 8 ohms, the Wavemaster preamplifier ($13,000), and AU24e cables and power cords and an Adept Response High Resolution Power Conditioner ($5000). The source was an Audience-modified Oppo BDP-83SE Blu-ray player, which was not for sale (priceless).

The Audience guys seemed to get no end of enjoyment watching people’s jaws hit the floor, the rug was littered with audiophile jawbones, when they played the single-driver ClairAudient THE ONE, which has nearly unbelievable bass performance for its size. Both speakers actually sounded big and solid with a nice fat midrange.” 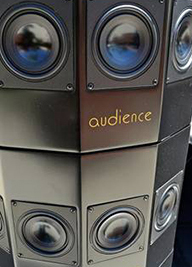 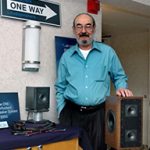 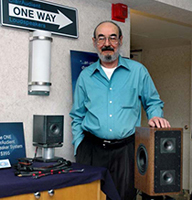 “The best-sounding one-ways I heard came from Audience, which makes a full line of one-ways under the ClairAudient name starting with the simply astonishing ONE – a tiny $995 cube that sounds for all the world like a large floorstander. (Indeed, you could have knocked me over when I learned that I was listening to ONEs rather than the larger models flanking them.) In my category, the company introduced the $12,500 4+4, so dubbed because of its four high-excursion aluminum-magnesium drivers front and back. As one might expect, bass rolled off below 60Hz, but otherwise these speakers exhibited incredible soundstaging along with excellent mids and dynamics.” 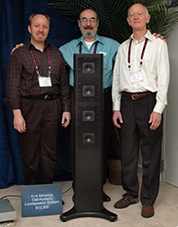 Audience’s chief design engineer, Roger Sheker, stands between two very overachieving new speakers, The ONE, on the short stand atop the counter to the left, and the 2+2, on which he is resting his hand to the right. Like all of the Audience ClairAudient line of loudspeakers, they are based on the astonishing Audience A-3S driver, a remarkable little 3-inch driver, and are therefore crossover-less. I have to say that at $995, The ONE, using one A-3S driver on the front, acoustically coupled to a single passive driver on the rear face, is going to set a high standard of overall performance. I expected it to be good, but it was truly stunning, quite competently filling the good-sized suite occupied by Audience on the fourth floor of the Flamingo!

From left to right, Dan Rosca, Vice-president of Sales and Marketing, Roger Sheker, Chief design engineer, and John McDonald, President and CEO of Audience, stand behind the new ClairAudient 4+4, which should sell for around $12,500. I only had one word for the way it performed in their nicely sized suite in the Flamingo, “F**k,” and they plan to quote me! The speaker is amazingly transparent, with goose-bump generating dynamics, and a naturalness that is rare at any price, let alone the $12.5K price point!

Audiogon (Click here to hear a room recording of The ONE!)
The Most Surprising Sound

The new Clairaudient desktop speakers (by Audience) were dropping jaws all day. There are single driver speakers and there are mini monitors. Combine the two and add some battery supplied power by Virtue Audio and WOW! The phase coherence of a single driver and the size of the cabinet made for an eerily realistic soundstage. 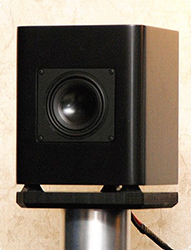 “The sound was tuneful and rhythmically assured, with nice air around voices and cymbals, and a lovely tone to woodwinds. The folks from Devialet seemed just as impressed.” 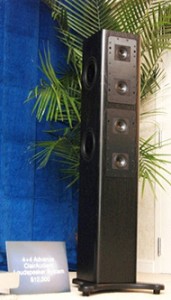 “To demonstrate one of the Audience ClairAudient line’s strong points, which creates a “sweet space rather than a sweet spot”, John asked me to sit way against one of the sidewalls. The coherence of the soundstage image and the depth remained, with voice and piano floating in space. As impressive a phenomenon as the sound was lovely.”