“I don’t think I’ll be able to go back to listening to multi-way speakers with passive crossovers, even systems as nice as my Fritz Carrera 7 BE. At least not without feeling that I’m missing much of what I know is present in good recordings. I have several friends who feel the same way. Until now, I’ve brushed off their comments that passive crossovers were holding back the performance of my system. They now have my attention, thanks to Audience and my time with the ClairAudient 1+1.”
David Snyder – Aug ’22
Read Full Review

$2960
Don’t let the 1+1 V3’s nearly identical appearance to the 1+1 V2+ ($1800) fool you; this newly upgraded version is a huge leap over its already superlative predecessor. The V3 employs a significantly redesigned version of Audience’s full-range driver, top-level Au24SX internal wiring, retuned passive radiators, and custom tellurium solderless binding posts. The result is far more resolution and detail (particularly in the treble), superior transparency, wider dynamic expression, and even greater midrange purity. The 1+1 V3’s midrange clarity, just one of the virtues of a crossover-less single-driver speaker, is on a par with that of many speakers costing twenty times the V2+’s price. The state of the art for desktop listening, and a terrific choice as a main speaker in smaller rooms.

$1695
The One, as you might infer from its name, is a single full-range driver shoehorned into a small box. The driver itself is the same unit, the A3A, that Audience uses in its flagship $72,000 16+16 speaker. According to Audience, the A3A has exceptionally flat response, claimed to be +/-3dB from 40Hz to 22kHz. Be that as it may, properly set-up The One is the second-best desktop speaker reviewer Steven Stone has heard (after the Audience 1+1).

Oh! Em! Gee! V3 is a HUGE, GINORMOUS, GARGANTUAN step-up from V2+! These
have set a new baseline in my listen experience and musical enjoyment!
Space, resolution, micro-dynamics, truth of timbre, layering, 3-D
sound-staging, HOLOGRAPHIC! Even when a musical instrument is isolated
to the left or right, you “look” through, around, beyond, and
sometimes in front of the physical speaker. And from what I can tell,
based on the changes I’m hearing, they’re not even broken in!

From the start it was apparent that these were EXTRAORDINARY! However,
after just 24 hours of run-in (with Roger Skoff’s XLO Test & Burn-In
CD), they have opened up beyond anything these ears have heard! I’m
flabbergasted! Gobsmacked! Utterly astounded! Goosebumps galore! I’m
just giddy with delight!

I was “this” close to purchasing a new turntable and phono preamp. I
don’t need to anymore. Thanks for calling me about V3! 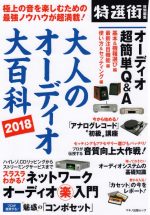 “In common with the both loudspeakers, the space expression power is high, the sound image is sharply defined, and the resolution is excellent at any rate.”
Yukata Suzuki
Read Full Review (English)
Read Full Review (Japanese)