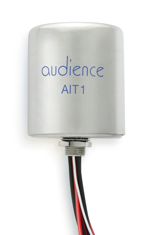 The sound of the aR6-TS was, in a word, stunning. Eyes bulged. Ears stretched out and snapped back. This wolf whistled. My mouth drooled. I wore my Depends. I wondered where the heck all this new information was coming from.
Doug Blackburn – Jan ’12 Read Full Review

Many of you have requested the highly acclaimed Audience Adept Response “Teflon” version power conditioners that will operate at 220v – 240v. Due to the level of interest in this product Audience has decided to offer this product at this time on a limited basis.

History– The first Adept Response released in 2005 was based on Audience Auricap high resolution metalized polypropylene capacitor filters. Approximately three years later in ‘08 Audience introduced the first of the Teflon capacitor based power conditioners, the model “T” version, that received rave reviews by Harry Pearson in The Absolute Sound as well as numerous other audio publications. Since then, the model T conditioners have been improved in several ways including:

The aR12-TS has been reviewed recently by Greg Weaver in Positive Feedback magazine. (see below) Anyone interested in the aR-TS, and now aR-TSS2, can expect to receive the most outstanding and refined power conditioner ever made.

“While it affords an convincingly audible advance over the landmark aR12-T, the degree of that improvement is, to my ears, nearly as incremental an advance on the T’s performance as the T iteration improved upon the original aR12.”

For greater performance – The latest version and best power cord from Audience is the Au24 powerChord. For those who purchase a 2, 6 or 12 outletTS2 power conditioner it is highly recommended that they get it with the Au24 powerChord upgrade feature for + $1,550 (MSRP). This feature provides a significant amount of performance enhancement to the entire system being powered through the Adept Response. The Au24 powerChord provides a noticeably higher degree of transparency and much more low level information (micro details). The Au24 powerChord is receiving the Absolute Sound Magazine Product of the Year award to be announced in the January issue of the magazine!