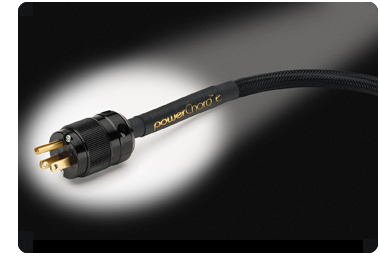 Audience powerChord and Au24 powerChord products effectively deal with all of the sources of distortion which are endemic to the stock power cord. Instead of obstructing the smooth flow of electricity to your components Audience power cords offer a highly conductive and effective way to provide your component with clean, undistorted and noise free power.